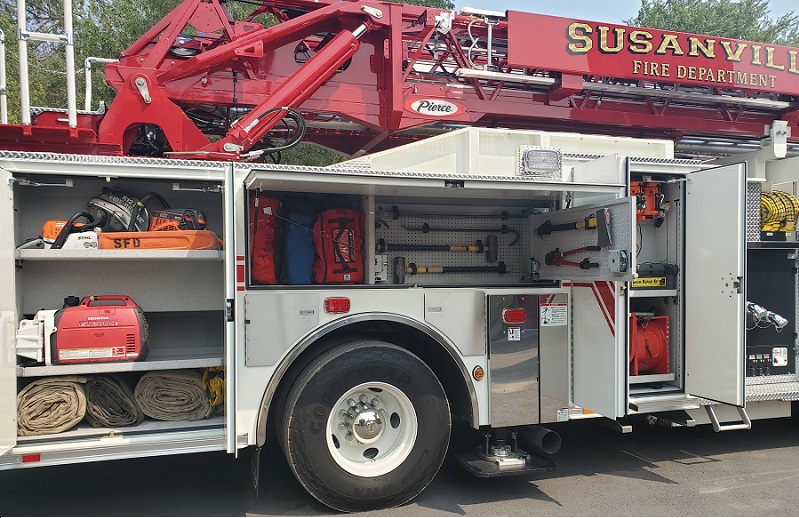 A two decade wait brings the Susanville Fire department it’s newest apparatus, a 107 foot ladder truck. Chief James Moore shared this engine was custom built for Susanville specifically to accommodate it’s seven person fire crew, as well as being able to effectively reach three story buildings. The prior 1970’s model engine was incapable to perform as such. The department wrote grants well before Chief Moore assumed his position before getting the approval, and it came just in time. The new engine was picked up early and was positioned on the South West end of town as the Dixie fire threatened Susanville. The engines ladder equipped with a fixed water spray would have been able to create a water wall barrier to protect structures had the fire entered town. 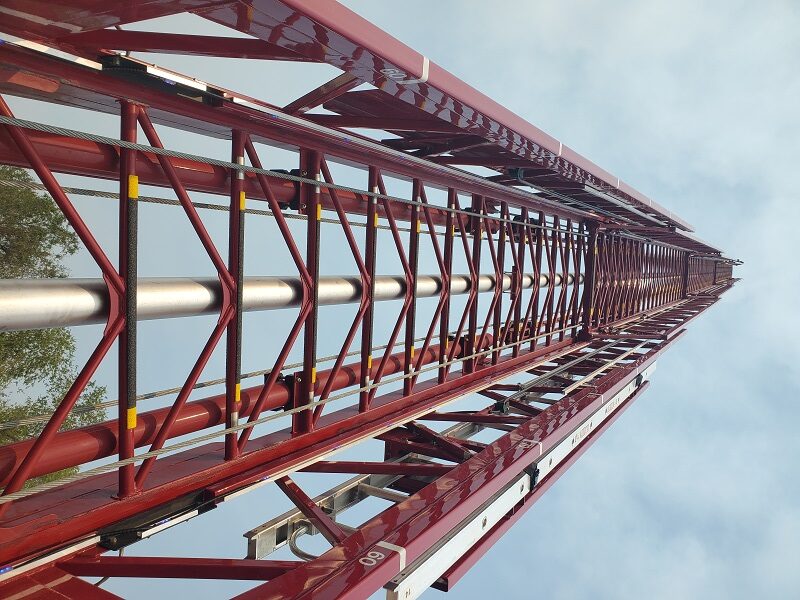 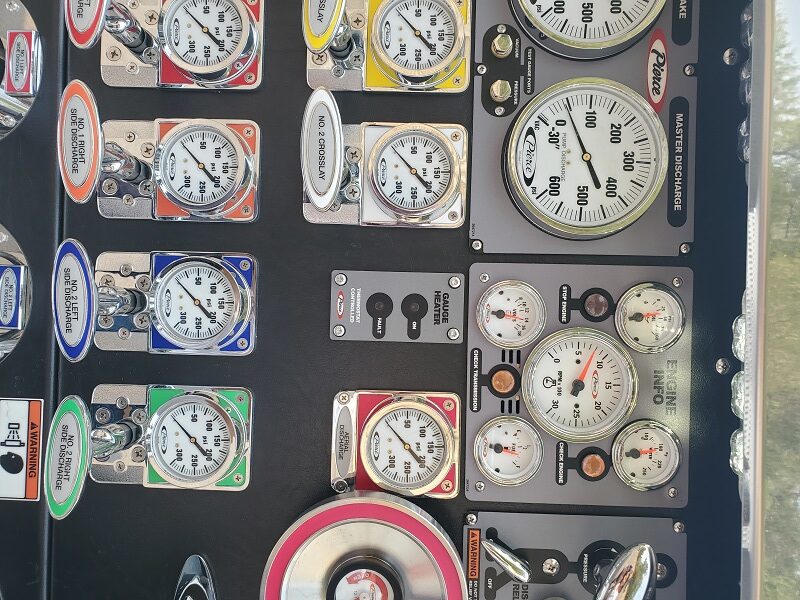 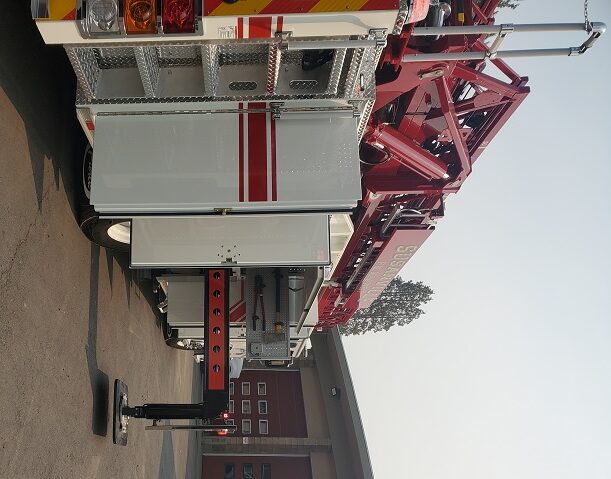 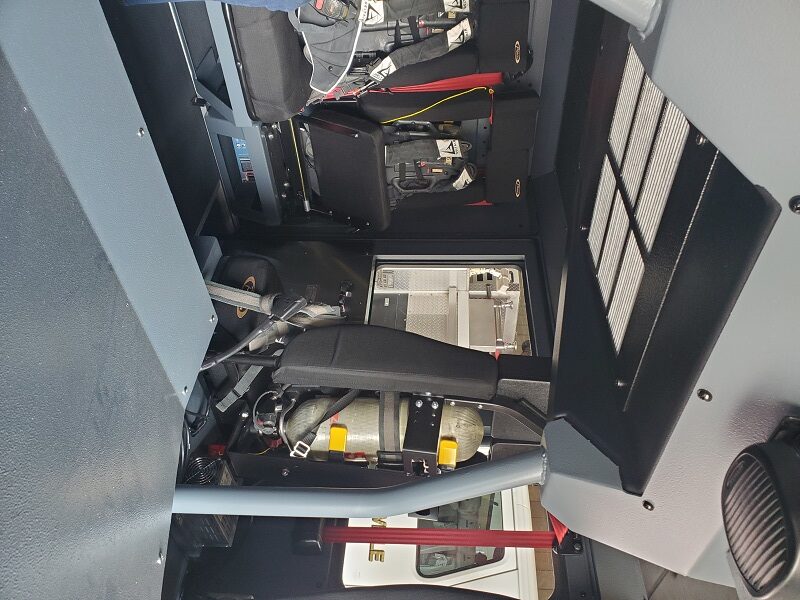