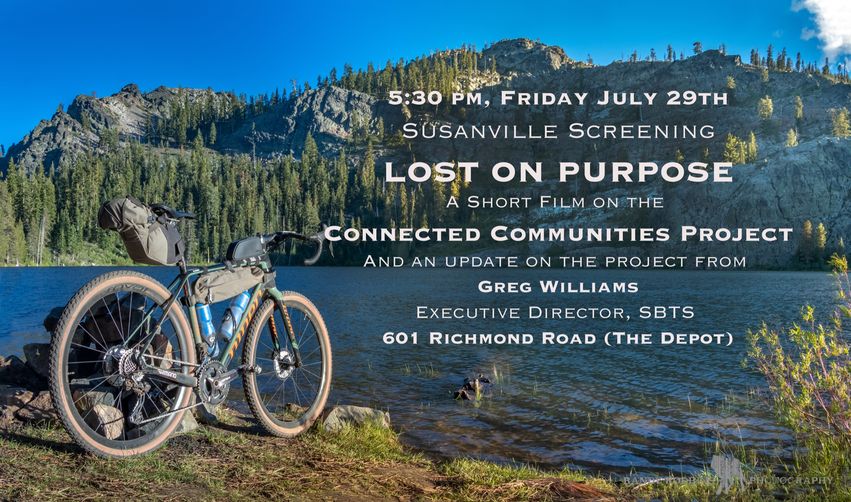 You can view a short film on the Connected Communities Project that in partnership with the Sierra butte trail Stewardship, US Forest, and various community partners aims to connect the towns of the Sierras in a 600+ mile trail system called the Lost Sierra Route. It will span 4 counties, Lassen, Plumas, Sierra, and Butte, and connect 15 towns along the way. The route follows the historic Gold Rush-era mail delivery route and is expected to make its way over peaks and meadows similar to the Pacific Crest Trail and the John Muir Trail. The goal of the trail is also to bring economic development to the towns it passes through including Susanville, Westwood, Chester, Quincy, and Sierraville among others with a completion goal in the year 2030. This next Friday you can view this short film, called ‘Lost on Purpose’, to learn more about the project as well as hear an update from Executive Director of Sierra Buttes Trail Stewardship, Greg Williams. The film will be screened in Susanville at the Depot on Richmond road, Friday, July 29th at 5:30.