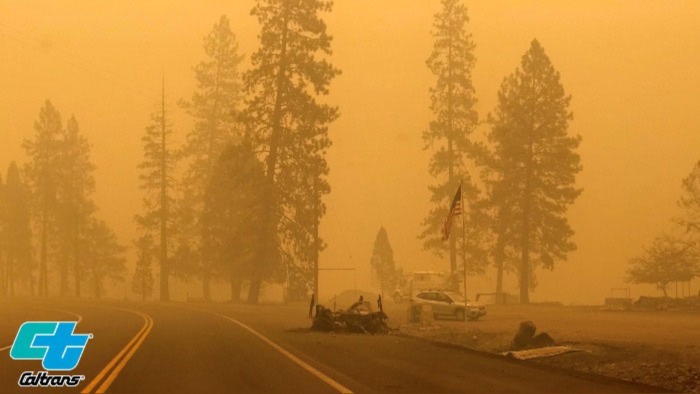 The McKinney fire burning in Siskiyou County has exploded since Friday from 300 acres to now over 50,000 with no containment. The rapidly growing fire has forced multiple evacuations and prompted road closures as it has jumped across HWY 96. The fire has also claimed its first victims as reported by the Siskiyou Sheriff’s office. Two bodies were located in a vehicle found in a residential driveway along Doggett Creek Road, off Highway 96, west of the Klamath River. The identities have yet to be released.

Local agencies have sent resources to assist including the Plumas Sheriff’s office and the Lassen National Forest. One Type 3 Engine Strike Team and the Lassen Hotshots have been sent on an immediate need request for structure defense this past Friday shortly after the McKinney Fire started. This will not impact the response to any new fire starts on the Lassen National Forest as the Forest Supervisor in anticipation of the predicted lightning activity, has brought in an Engine Strike Team from Angeles National Forest, a Type 2 Helicopter from U.S. Forest Service – Sequoia National Forest, and private water tenders to ensure staffing. All resources are ordered to be on “Ordered Standby” and we will have continuous coverage 24 hours a day through today. Weather predictions will be reevaluated today for further 24-hour staffing.

In addition, the Plumas national forest has also increased firefighting staffing in response to the inclement weather. The forest service has been on varying 24-hour staffing configurations now for the last two weeks. Firefighters have responded to numerous incidents and crews will continue to patrol the forest for lightning-caused fires. You can expect the Plumas National Forest to enter into stage II of fire restrictions this week as fire danger continues to increase.

Homes in North County and Modoc Left in the Dark