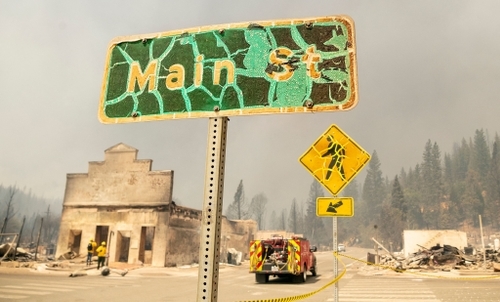 There was a successful and positive [RE]build Greenville Community Meeting held Saturday. Nearly 200 people were in attendance coming from all over, as the Dixie Fire forced many out of the area. People who attended came from Quincy, Susanville, Chico and Paradise. In a survey conducted if was found that just over 60% of those who were displaced by the fire still live in Plumas County, while another 17% were still in Northern California and the remaining 13% had relocated out of state. The survey also revealed a promising hope in that out of those from the Canyon Dam, Greenville, and Indian Valley almost half said they want to return back to the area. And also nearly half of property owners wanedt to rebuild their homes. Of those that did completely lose their homes to the fire thankfully over half were fully insured, over a quarter had only some insurance, while a smaller percentage had none.

There will be a meeting held once a month to update the community on the rebuilding efforts and to answer any of your questions. The next [Re]Build Greenville community meeting is scheduled for Saturday, February 19th from 11am to 1pm at the Greenville Elementary school cafeteria. You can keep updated by visiting the new website, Dixiefirecollaborative.org.

Additionally a workshop for Greenville, Indian valley, and Canyon Dam homeowners will be held next week. You can receive help and information regarding financing, loans, insurance, design, engineering, contracting and even construction. That meeting will begin at 11am on Saturday February 5th at the Greenville Elementary cafeteria.