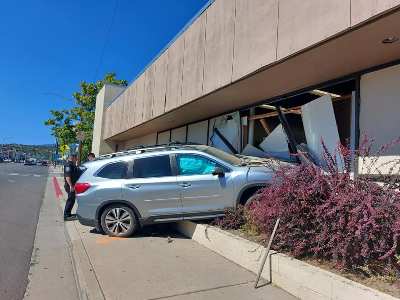 The Susanville Police Department will undergo construction soon to repair damage caused after a car slammed into the department’s building.

Several weeks ago, a driver lost control of their vehicle due to a suspected medical condition, ramming the car into the wall of the police station’s workout room. No one was in the room when the vehicle struck; only the driver and passenger were taken to the hospital for treatment.

During the City Council’s November 16th meeting, City Administrator Dan Newton shared they are looking to work with a local contractor, yet a declaration by the council for emergency repairs was needed before contracting to avoid public bidding and speed up the repairs. Newton also shared the costs of the repairs would be reversed through insurance as the driver was covered.

Mayor Pro Tem Thomas Herrera suggested while repairs are being made if a quote could be added to improve the visibility of the department after he had overheard the building was mistaken as a warehouse and not the Police Station.

The council unanimously approved the emergency approval, and the city will contract the work locally.