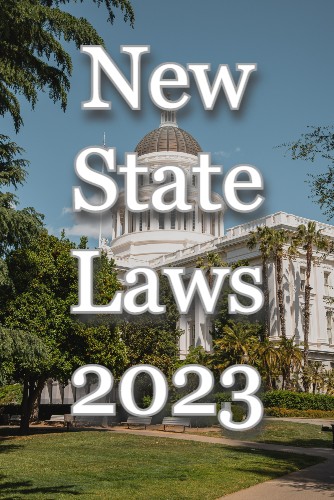 The minimum wage will be increased to 15.50 this new year.

A new pink tax law will prevent gender-based pricing on items based on who they are marketed towards.

New manufactured fur clothing and accessories will be banned, though it does not apply to second-hand sales.

In the food industry, food packaging that contains harmful chemicals known as PFAS will be banned from sales, distribution, or any offer.

In the legal realm, CARE Court will launch new judicial branches in six California counties starting in October. These will provide court-ordered mental health care to severely mentally ill, unhoused people. Those counties are Glenn, Orange, Riverside, San Diego, Stanislaus, and Tuolumne. The rest of the state is expected to implement the new system over the next two years.

Another gives people with criminal backgrounds a fresh start by sealing convictions; the new bill allows most old convictions on non-violent or non-sex-related offenses in criminal records to be permanently sealed. It applies to previous convictions of those who completed their sentence and did not return to the criminal justice system.

A few new gun laws that take effect later in 2023, one allows gun manufacturers to be sued by the state attorney general, local prosecutors, and anyone who suffered harm due to gun violence in California.

These are just a few of the new laws taking effect in 2023, more to follow in upcoming newscasts.

New California Laws Coming to the Roadways in 2023