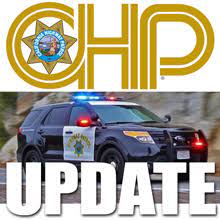 MAJOR CORRIDOR ENHANCED PRIMARY COLLISON FACTOR
ENFORCEMENT CAMPAIGN IN MODOC, LASSEN, AND PLUMAS COUNTIES
REDDING, Calif. – The California Highway Patrol’s (CHP) Northern Division, having jurisdiction
over the major transportation corridor of United States 395 (US-395) in northern California, will be
conducting a Major Corridor Enhanced Primary Collision Factor (PCF) Enforcement Campaign on
Wednesday, November 17, 2021. The campaign will focus on US-395 in Modoc, Lassen, and
Plumas counties.
This effort aims to reduce the number of injury and fatal traffic crashes on US-395. In 2018 and
2019, a total 255 crashes occurred on US-395, in Modoc, Lassen, and Plumas counties, causing 143
injuries and killing a total of eight people. The primary causes for most of the injury and fatal
crashes were determined to be speeding, reckless driving, unsafe lane change, unsafe turning
movement, following too close, distracted driving, and driving under the influence, with increased
injuries and deaths from occupant restraint violations.
The mission of the California Highway Patrol is to provide the highest level of safety, service, and
security. This includes the prevention of loss of life, injuries, and property damage resulting from
traffic crashes through enforcement, education, engineering, and partnerships.
The CHP is promoting awareness and safe driving along this major corridor route. During the
enhanced enforcement campaign, the CHP will target US-395 with increased traffic safety operations
to educate and, if necessary, take appropriate enforcement action on drivers who violate traffic laws
along this major corridor route.
“The US-395 corridor within Northern Division is primarily an undivided, two-laned highway which
has seen numerous collisions in the last few years due to unsafe speeds,” said Northern Division
Chief Greg Baarts. “Increased visibility, aggressive enforcement, and public education within the
Areas along this corridor will contribute to increased safety for motorists traveling on US-395.”
The CHP reminds motorists to follow these basic traffic safety rules: always wear a seat belt, drive at
a speed safe for conditions, eliminate distractions while driving, and always designate a sober driver.

Lassen National Forest Reminds Us We Are In Bear County

The Bureau of Land Management wants to know what... Read More.
Tuesday, November 30

With a donation of a non perishable food you... Read More.
Tuesday, November 30

Today is your very last chance to sign up... Read More.
Previous Next