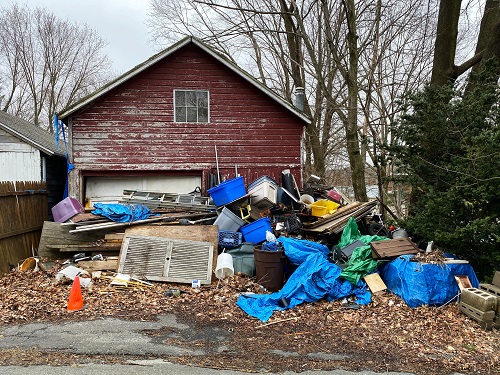 Westwood’s community asks supervisors for better code enforcement to clean up the streets of the once quaint town.

Driving through many homes are littered with excess belongings, broken vehicles, and clutter. During the Supervisors September 13th meeting at the Westwood Wellness center community members fed up with the blight took the opportunity to address the issue. Some say it has become so bad that it has become a health hazard between the amount of trash around properties and the fires that have happened at these homes. One Westwood resident says the county is slowly becoming the state’s Pick n’ Pull.

Chairman Gallagher, also Westwood’s district Supervisor, recognized code enforcement is an issue county-wide. Also adding that there is only one officer for the entire area and the county struggles to hire and retain employees. County Administrator Richard Egan offered a bit of a solution by suggesting those with concerns to file those specific complaints to the department “so something can be done.”

Gallagher concluded that there have been efforts made to mitigate these properties through free trash collection days, where each supervisor has helped their communities by providing large bins for dumping refuse, but some say that isn’t enough. Supervisor Albaugh and Hemphill both echoed Gallagher that the ultimate solution lies in the hands of the people in their willingness and community pride to keep their town clean.