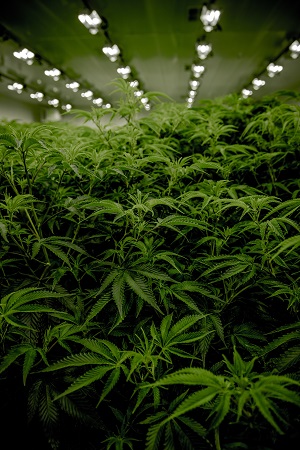 A 3-2 decision of the Susanville City council will now allow the commercial cannabis industry within the city limits. The landmark decision was made in a packed city hall after nearly two hours of discussion, public commenting, and two subsequent motions. Many of the people in attendance pleaded to the council let the ordinance go to a vote stating it should not be left in the hands of the council to decide, others who were in favor of the ordinance passing also suggested the same and felt cannabis is already here and don’t see why the city should put a barrier to a legal business coming to the city. Mayor Mendy Schuster and Pro Tem Brian Moore voted no in the final motion on approving the ordinance. The mayor did make an attempt to add revisions to the this ordinance to include churches, preschools, and private schools in the setback rules, as well as increasing the setback rule to 600 ft from 200ft for parks, and proposed a change to eliminate the corner of Cypress and Richmond road as a potential site for the industry to set up shop because of its proximity to the Bizz Johnson trail head and all the events held at the Train Depot. Additionally Pro Tem Brian Moore made a motion to put the ordinance on the November ballot for the community to vote on. Yet, both motions did not pass by a majority, failing in a 2-3 decision, the same 3 that voted to push the ordinance through, Councilmen Kevin Stafford, Quincy McCourt, and Thomas Herrera. As City Administrator Dan Newton explained there is a 30 day window following the adoption of the ordinance to the city’s code leaving the ordinance going into effect by June 4th.