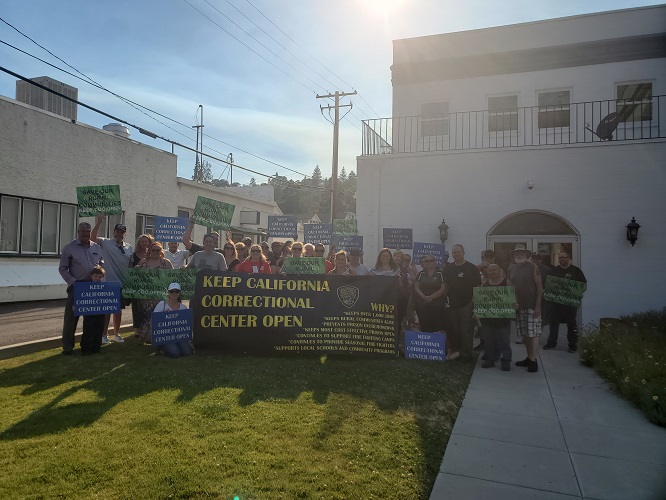 A unanimous decision was made by the Susanville City Council yesterday in favor of filing the temporary injunction against the state and CDCR for the closing of CCC. As Mayor Schuster stated at the meeting “fighting through the courts is all we can do as we will be the most effective.” Councilman McCourt also stated, the move to file the injunction is not “simply rolling the dice, we’re playing chess”. The city’s goal is to buy time in order to find that smoking gun to overturn the state’s decision in closing CCC. Many echoed both members thoughts as public comment overwhelmingly was in favor of filing and spoke very passionately about the town and it’s sense of community. Emotions ran high all around in the packed council room, with Councilman Hererra even having a moment of pause as he reflected his experiences with the community and how he wants to make sure he is doing right by the town. With CCC’s closing the city expects to lose hundreds of jobs, homes, and as Lassen County treasurer tax collector Nancy Cardenas commented a large portion of the town’s revenue.