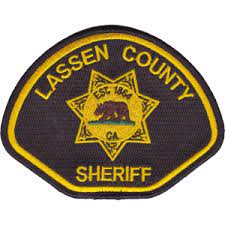 The Lassen County Sheriff’s Office conducted a joint 1-day operation to check on the compliance of sex offenders currently on parole in the county. LCSO partnered with the California Department of Justice, California State Parole and the Department of Homeland Security to carry out the operation.

The compliance checks were conducted on January 18th, 2022 where ten registered sex offenders currently on parole were contacted. The sweep resulted in two arrests for parole violations and other charges are pending from the sweep. Digital evidence was seized and Cal-DOJ will be examining the evidence for other possible charges.

As a result of the sweep, 41-year-old Chet Lowry of Susanville was arrested for having been a parolee at large. Lowry had a warrant issued for his arrest on January 7th, 2020 for failing to register upon release from custody as well as failing to meet with his parole officer and receive an ankle monitor. Lowry was located in a remote location in Termo, CA. The Sheriff’s Office utilized a side by side with tracks to access the snowed in remote location in order to serve the warrant.

Also arrested during the sweep was 29-year-old Daniel Brewer of Standish. Brewer was found to be in violation of his parole when he was contacted outside a residence in Susanville. Brewer was in possession of a smart phone with internet access and social media, which are both violations of the terms of his parole.

The Lassen County Sheriff’s Office would like to thank Cal-DOJ, State Parole and Homeland Security for their cooperation in this operation.