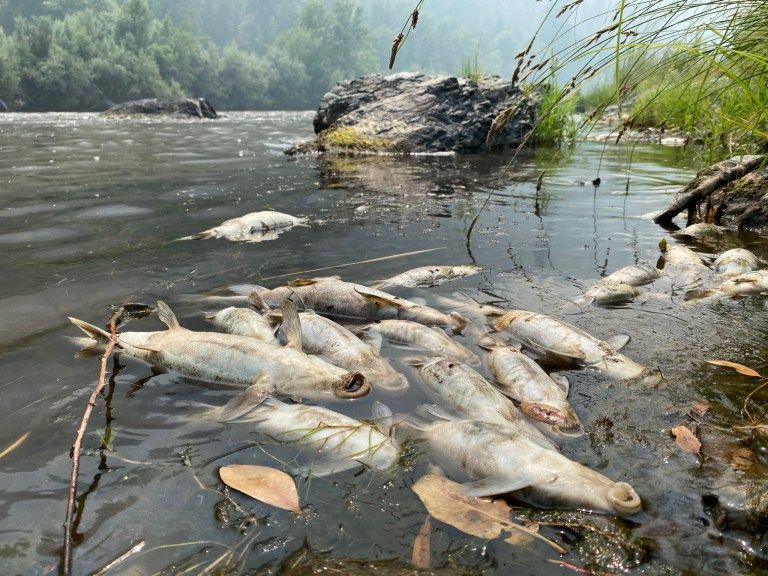 A massive fish kill has been suspected to be caused by the McKinney Fire. Between Indian Creek and Seiad Creek in Happy Camp, the Karuk Tribe found hundreds of dead fish floating in the river. The mass killing of the fish of all species is suspected to be caused by a large-scale debris slide in the burnt area of the McKinney fire that flowed into the Klamath river between August 3rd and 5th. The slide depleted oxygen and killed off fish in a 10 to 20-mile stretch. The incident is under investigation by the local tribe and is believed to be a one-time event.