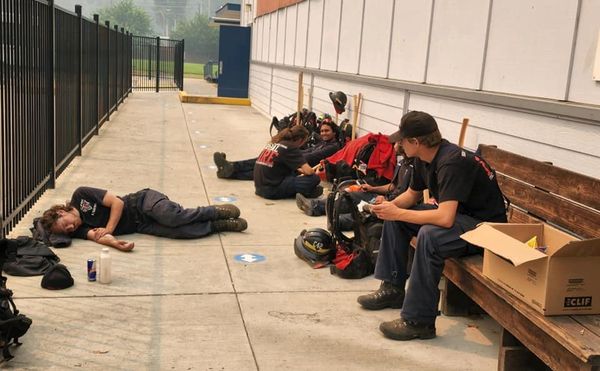 A fire crew battling the Six Rivers Fire loses everything as the blaze overtook their vehicles this Saturday. The El Dorado Miwok Indian Tribe from Shingle Springs were safely away from their vehicles battling the flames further away and no one was injured. The crews’ Fire chief, Dave Whitt, said “One vehicle, literally, there is nothing left. Although assumed the vehicles were left in a safe location the fire took a turn for the worse and made a run up the hillside where the two vehicles were parked and quickly overtook them. Whitt said in a report to a local news station that “It went from ground fire to ladders, to torch, to crown in less than 30 seconds.”All the crews’ gear, shelter, equipment, and personal items perished. The American Red Cross was able to give the 19-person crew a safe place to rest following the incident. The Six Rivers fire lightning complex started on August 5th, burning near Happy Camp Mountain along HWY 299 at over 10,000 acres with no containment.