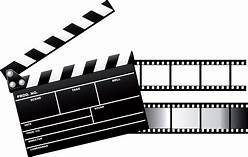 The Camp Fire will be adapted into a movie based on a book written about the tragedy.
Lizzie Johnson a journalist for the Washington Post and previously for the San
Francisco Chronicle, authored the book, &quot;Paradise: One Town’s Struggle to Survive
an American Wildfire&quot; inspired Hollywood celebrity Jamie Lee Curtis to turn the
book of heroism and humanity into a movie through her production company Comet
Pictures. The film is expected to tell the story of bus driver Kevin McKay and
schoolteacher Mary Ludwig, who were escaping the flames of the deadly fire in a
bus full of schoolchildren. During an announcement on the film, Curtis said she
heard Johnson on the radio program NPR and read her book that inspired her turn
the story into a film to explore the human elements, tragedies and bravery of the
fire the only way a film can do. The movie is in the early stages of development.
Curtis has on at least one occasion visited the Holiday Market in Paradise to meet
the people and employees who survived the tragedy.