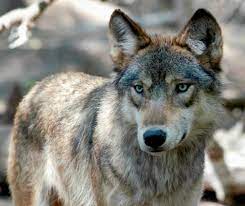 SISKIYOU COUNTY, Calif. — State wildlife officials have now linked a specific wolf to an attack on livestock in Siskiyou County.

All five animals had significant injuries to their left rear leg, two of them had to be euthanized.

The wounds were swabbed for DNA. It matched the DNA of a wolf identified as OR-103. That is one of the wolves the California Department of Fish and Wildlife are able to track using a satellite collar. That tracking confirmed OR-103 was in the area during that time;.

State officials said OR-103 was born in 2019 or 2020 and entered northeast Siskiyou County in May 2021. He was previously collared in Oregon.