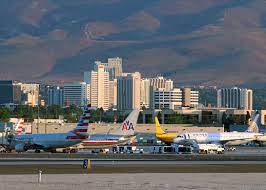 An overnight FAA system failure grounded all planes across the nation this morning.

The situation remained very fluid. The FAA notified of the outage affecting its Notice to Air Missions system around 3 am this morning. This is a crucial system for providing safety information to pilots. The FAA had to order airlines to pause all domestic departures until 9 am Eastern Time to allow validation of the integrity of flight and safety information. As of 6 am pst, the FAA says Normal air traffic operations are gradually resuming, and the ground stop has been lifted.

The Reno international airport is telling flyers to contact their airline for flight status before coming, as delays are expected to be in place to assist with the recovery. The latest data from the flight tracking site FlightAware shows there are more than 4000 flight delays nationwide as of 9 am est.

The White House said there is “no evidence” that a cyberattack caused the Federal Aviation Administration’s nationwide system outage. The FAA added it is looking into the initial cause of the delay.