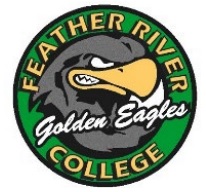 Feather River College Athletic Director retires, leaving behind a legacy at the school. Merel Trueblood started his career at the college in 1998 as an assistant softball coach before eventually becoming the athletic director. Trueblood was instrumental in integrating intercollegiate athletic programs and increasing student enrollment. FRC President Kevin Trutna said the college started with 44 athletes participating in three sports. With Trueblood’s dedication at its highest level, the Athletics Department supported 342 student-athletes from across the United States and internationally. In addition to his success in growing the programs, Trueblood boasts a track record of FRC teams earning 100 playoffs and 55 conference championships, including 14 undefeated seasons, 15 regional playoff appearances, seven super regional playoff appearances, 14 Elite Eight teams, 10 Final Four appearances, seven bowl games including the American Pacific Championship in 2022, one California State Championship in Volleyball in 2019, and a national championship in Rodeo in 2016. This spring, FRC was also the state runner-up in Beach Volleyball. Trueblood leaves the college after 24 years.