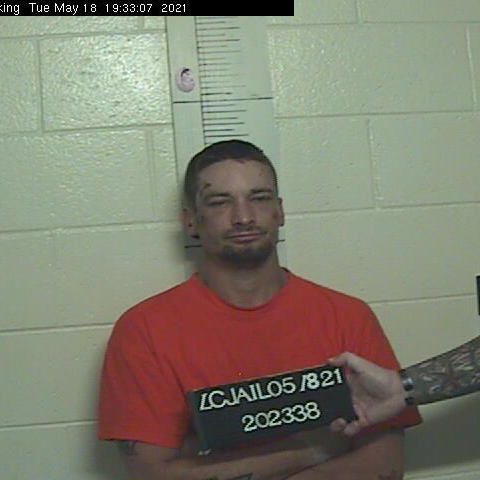 RYAN ROBERT BAUER, 35, was sentenced on 12/21/21 to 12 years, 10 months in state prison for an incident that occurred May 17, 2021 in Westwood. It was alleged that Bauer, in the midnight hours, after unsuccessfully attempting to gain entry into one house, smashed through a glass door of another residence. Once inside, he caused what is believed to be tens of thousands of dollars in property damage, assaulted the resident, and barricaded himself inside from where he then had to be forcibly extricated by sheriff deputies, becoming combative with both them and medical personnel.
On the morning of his jury trial, Bauer opted to plead guilty to charges of false imprisonment, vandalism, resisting arrest by force, battery, and aggravated trespassing. He also admitted that he suffered a prior “strike” for a residential burglary in 2015. He entered an “open” plea which means there was no agreed upon plea bargain, he pled guilty to all charges as alleged. The admission of the “strike” doubled his sentence for the aggregate term of 12 years, 10 months.
The Lassen County District Attorney’s Office would like to thank the victims of these crimes for their willingness to participate in the prosecution. It’s very difficult to for us to get results such as this in cases where we do not have crime victims willing to stand up for what is right. We hope the finality of this case brings some feelings of peace and safety for these families. We would also like to thank the Lassen County Sheriff’s Office for their investigation in this matter. This case was prosecuted by DDA Ross Helmbold.