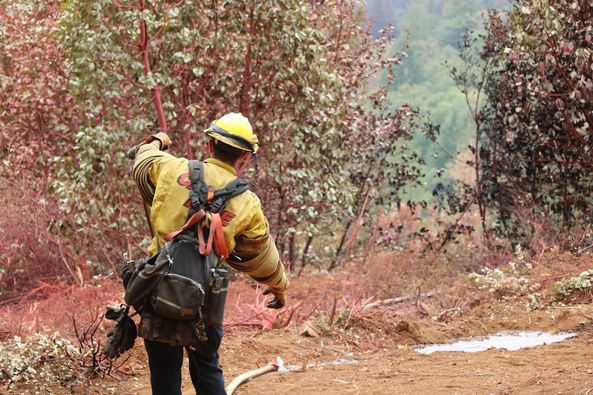 The Mosquito fire grows as it also gains containment. Now upwards of 76,000 acres, firefighters have increased containment to almost 40%. Nearly 500 are still under an evacuation order, and another 1000 are on warning; 12,000 evacuees were able to return home as evacuations were downgraded. The fire has destroyed almost 80 homes. The scar is under a flood watch as storms pass over the area early this week, bringing welcomed rain to cool the fire, but debris slides are also likely.