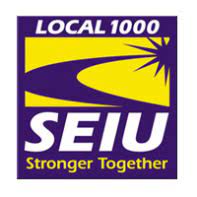 Your local SEIU 1000 chapter is aiming to sue SEIU, the Service Employees International Union over their recent suspension of Local 1000 President Richard Louis Brown from his office. Three Vice Presidents of the chapter made it effective as of February 28th saying it was for the immediate protection of staff and members since Brown posed an immediate threat to the welfare of Local 1000. Brown was elected as President on June 30th last year. Within the first few weeks of February this year Brown suspended the three VP’s that have now suspended him. The drama began when half of the board of directors held an illegal meeting to oust the President, as Brown responded with saying the meeting was “illegal, improper, and out of order.” That “the supposed ‘complaints’ referenced by a small minority of the board are nothing more than a thinly veiled effort to maintain the status quo that he was elected to overturn,” Brown also calls that any meetings since February 27 of this year should be recognized as null and void since he is in fact still President. According to Brown a court hearing will be held March 25th at 10 at the Sacramento Superior Courthouse.