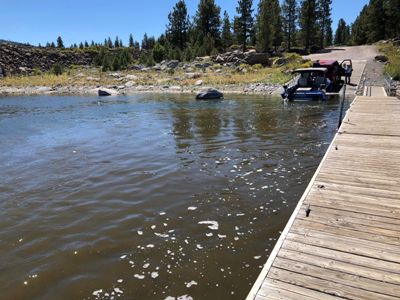 The communities around Eagle Lake have banded together and reversed the Lassen National Forests Decision to remove the low-water dock.

What was slated to happen tomorrow, the forest service has now delayed in response to letters submitted by the community. Due to the continued decrease in water levels at the lake, as the Eagle Lake Fishing Network says has been the lowest since the late 1930s, the forest service felt it was time to remove the floating dock to ensure there is no damage to it or harm to boaters.

Yet, in a plea to keep the dock in place, the community argued that the water levels were not low enough to warrant removal just yet. Saying the forest service’s decision will have a tremendous financial impact as the community and the city of Susanville thrive on these busy months, especially as the waters cool with the changing seasons and draws in more fishermen.

In response, the forest service said they would continue to monitor the lake levels and that the dock would be pulled once it touches the bottom or by November 29th, whichever comes first.