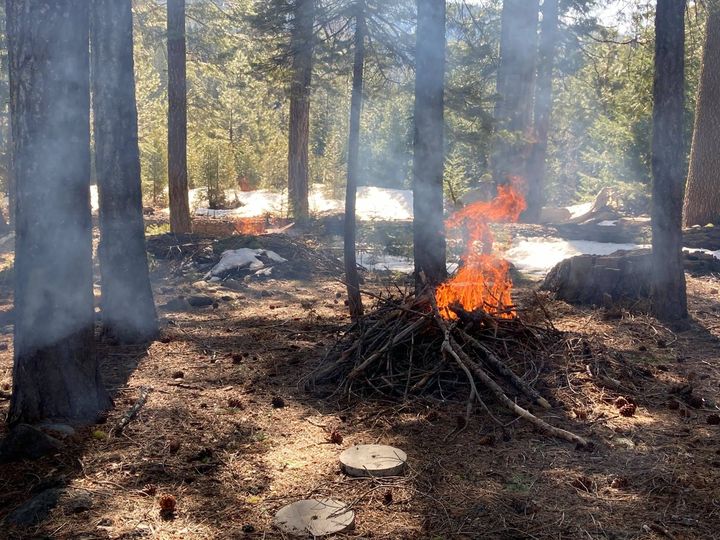 You may see smoke coming from hwy 44 and 89 over the next few days. The Lassen National Forest is conducting three separate pile burning operations. One in the Eagle Lake area near Poison lake, a second in the Hat Creek Ranger District on the Plum Project near the Coyote Reservoir area, and the third in the Eagle Lake Ranger District south of champs flat. This third burn was initiated today and was about 10 acres in size. The LNF will have another 75 acres to burn in the Coyote Reservoir area and could last into next week. You can expect to see smoke visible from the highways for several days following the completion of each burn.