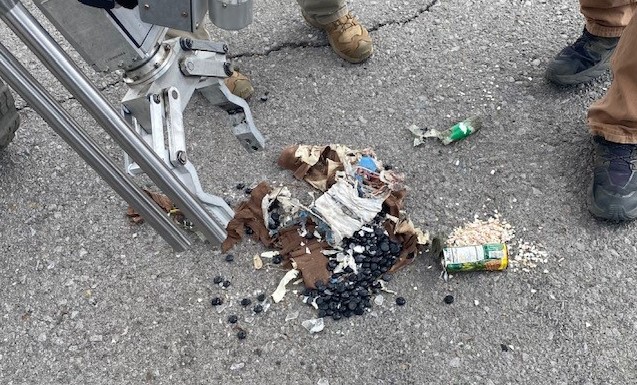 The homemade explosive found along the road in a ditch in the Johnstonville area of Lassen County is suspected to be related to a local man with prior history of explosives-making. Lassen County Sheriff Dean Growdon says that man lived near the area where the bomb was located and was the reason for the use of an abundance of caution that day in evacuating nearby homes and businesses while awaiting the Washoe County Bomb Squad to arrive as the likelihood the package was a bomb was high. When asked if there is still a threat, Sheriff Growdon explained the man likely responsible for the explosive, about a year ago blew himself up with one of his own explosives. Although this is not able to be confirmed as of yet, the Washoe County Consolidated Bomb Squad will reveal more details on the explosive after a full analysis has been made.