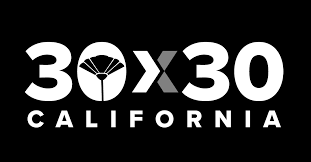 Lassen County Supervisors offer tough comments on Governor Newsom’s conservation 30 x 30 strategy. This strategy is an effort to conserve 30% of CAs lands and coastal waters by the year 2030. Lassen County falls into the Sierra Nevada Region, out of the nine divisions outlined in the 30 x 30 plan. In an effort to accelerate this conservation, the CA Natural Resources Agency released a draft of “Pathways to 30 x 30” and opened a comment period. The supervisors mocked the Governor’s proposed budget that boasts a surplus of 45 billion dollars, by highlighting the state’s deferment of nearly 70 billion dollars worth of maintenance costs for state parks facilities. The supervisors felt this should be solved by the 30 x 30 strategy prior to the state acquiring any new lands. The supervisors also shared a larger budget priority should be placed on the so-called state-managed wildlife areas of which Lassen is home to 10. Also addressed by the supervisors was the need to include mitigation of illegal cultivation of marijuana, and the decades of forest mismanagement by government agencies creating hazardous fuel buildup, as well as completely disagreeing with the strategy’s assertion that there are competing priorities between grazing, agriculture, and conservation. Rather the supervisors ask that the state consider giving grazing and agriculture practices renewed importance as these efforts is a successful management tool for achieving conservation objectives. The letter was formally submitted on January 18th.