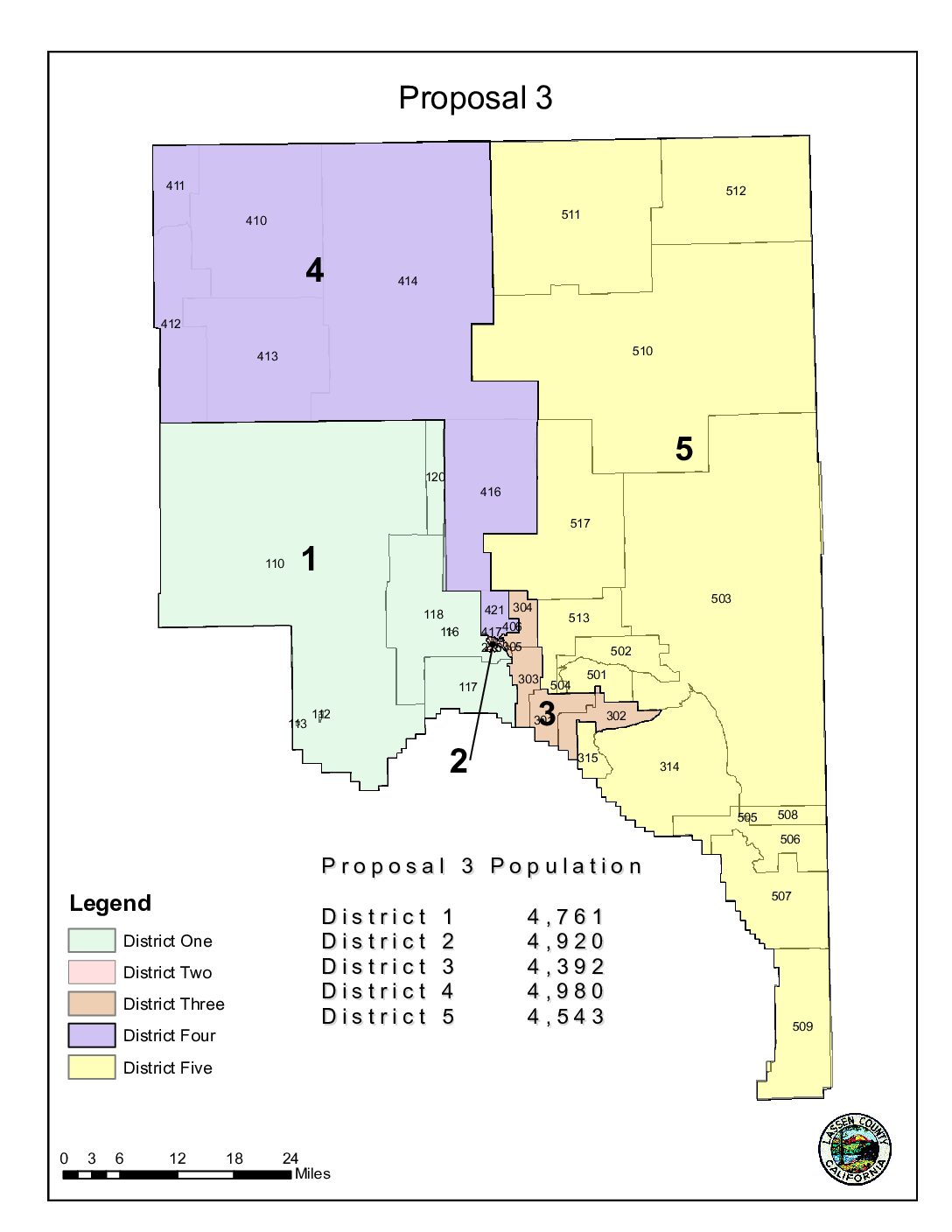 Lassen county redistricting is in turmoil as the deadline approaches for final map submission to the state. The Lassen county clerk recorder’s office after receiving census data at the end of September, and holding three rounds of redistricting workshops has proposed to finalize proposed map 3. The newly drawn districts would have an impact solely to district 3 and 5. Where District 5 would absorb voting precincts 314 and 315 which encompass what appears to be Honey Lake and parts of Janesville from Honey View up to A3. District 3 Supervisor Jeff Hemphill opposed the proposed map stating that his own neighbors would fall right onto the new district border and no longer be in his district. Supervisor Tom Hammond shares Hemphill’s opinion in opposing the proposed map. Both supervisors plan to hold town hall meetings to generate more awareness of the proposed changes coming. Yet, the last three town hall meetings held by the clerk recorder’s office prior to the final public hearing on redistricting had no attendance. District 5 supervisor Tom Hammond will attempt to garner more attendance at his first town hall meeting next Wednesday, December 8th at 630 in Milford. More town hall meetings are being planned for Doyle, Herlong, as well as for the Janesville area with District 3 supervisor Jeff Hemphill. If the State’s December 14th deadline for final map submission is not met Lassen County’s district boundaries will be given to the courts to decide.