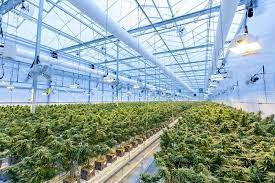 A new draft of an ordinance for indoor cannabis cultivation will be written up by the Lassen county planning commission, for a second time after a similar ordinance got shot down only a few weeks prior. Supervisor Gallagher initiated the idea to once again address the much debated cannabis in the county question ** ordinance guideline CLIP** The issue has been played back and forth within the chambers over the years and this new ordinance could mean a final decision for the county, at least for the remainder of this board’s term. During the meeting Erin Ryan, a representative from Congressman Doug LaMalfa’s Office presented to the board her “cautionary tale” of what could come by way of outdoor cultivation. She highlighted the devastation of Siskiyou county in Big Valley?? Where land has been destroyed for decades to come and residents have been pushed out by way of violence and threats. She cautioned the board to take heed and consult with the county neighbors on what went wrong and take steps now before illegal grows multiply exponentially. Supervisor Albaugh and Hemphill responded.  Once a draft is complete the board will vote to approve or deny indoor cannabis cultivation.