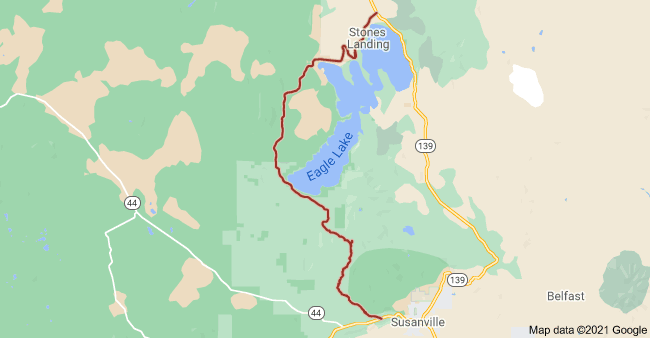 Concerns have been raised over county road A1 being closed as it remains unplowed by the county. During public comment at the Lassen county Board of supervisors meeting several people voiced their thoughts about asking if the county can keep it plowed through the winter. Especially as Eagle Lake’s fishing season has been extended through February. One property owner owns a rental house on the closed side of the road and stated he has to drive 50 miles around the other side of the lake just to access the area. His other concerns were for fishing tourists who visit the lake for its prize trout fishing, saying the closure of the road deters them from wanting to stay in town and patron local businesses. Others shared the same opinion, offering to compromise to at least try to find the man power to keep it plowed through the holiday break at the very least. As the comments were made during public comment the board was unable to take any action.