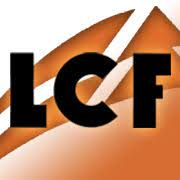 Lassen College Foundation votes out two of their board members and 3 from the for profit Cougar Enterprises entity. Mike O’Kelly, in a 5-2 vote will no longer be on the Foundation Board as concern was raised by over O’Kelly’s supposed lack of concern regarding the controversial draft audit that sighted 9 discrepancies pointing to instances where potential fraud could occur, as well as his proposed move to remove Cougar Enterprises from fiscal and operational oversight of Cougar Enterprises, the for profit entity dealing with the operations of the Eagle Lake Campgrounds and Marina. Board Member Richard St. Peter was also voted from his seat as his role on the board fluctuated from a regular member to an honorary member frequently. Mike O’Kelly, Scott McCullough, who resigned from operating the recreational facilities on April 4th, and Richard St. Peter were also voted off the board of Cougar enterprises. The for-profit will undergo a winding down of its operations prior to being fully dissolved and will be transferring funds to the Lassen Foundation. Cougar Enterprises board will fill the vacant seats with Morgan Nugent and Lou Hamilton. Additionally the board moved forward with handing over the Special Use permit back to the US forest service that was held by the college foundation, yet being operated by Cougar enterprises against an original agreement for the daily operations of Eagle Lake campgrounds and marina. Overall, the US Forest Service will be continuing the operations at the marina and campgrounds until a new operator can be found.