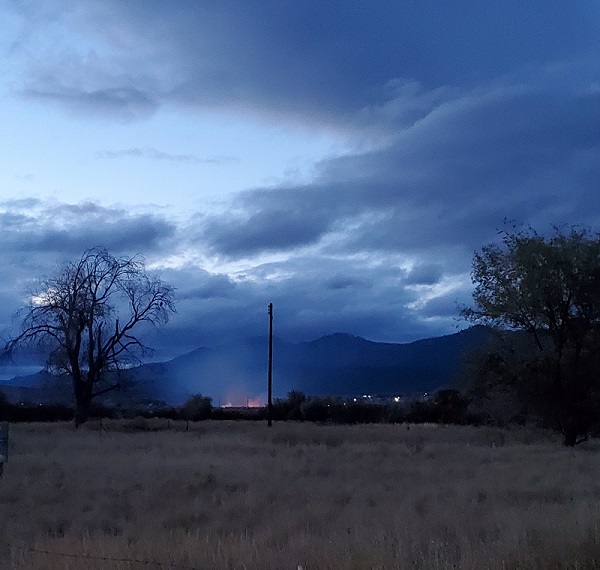 Early Monday morning a small 40 by 40 fire broke out along the intersection of HWY 36 and the new Skyline bypass. Captain Brown with the Susanville City fire Department said they were the first to respond even though the fire was in the Susan River fire district due to their ability to have a quicker response time due to the fire’s location. The fire was started by a transient camp as mattresses, propane tanks, and gas burner plates, were located at the fire. It burned in tall grasses and near the railroad tracks that involved some of the ties to get burned as well. Engines from Standish, Cal-Fire, the local prison, and the Susan River Fire District all responded due to the height of the grasses and winds. The cooler weather was beneficial. Captain Brown also shared our area may see more fires due to transient camps as the weather changes to much cooler temperatures at night. All fire departments are fully aware of these possibilities and are ready to respond as needed.