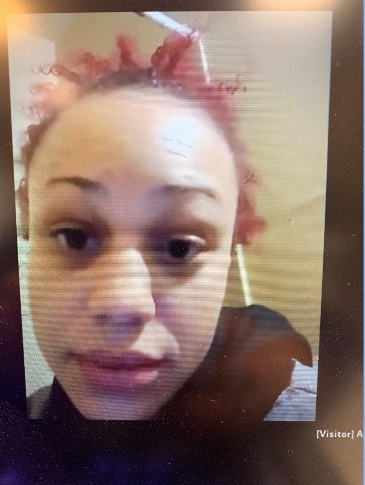 Ward is Atencio’s girlfriend, who was not in custody at the time of his escape. It was arranged that Ward would pick Atencio up near the Lassen County Jail. Ward is described as a light skinned black female, 5’4”, 150 lbs. Black hair, brown eyes. The picture of Ward below is current and shows that she has dyed her hair red.