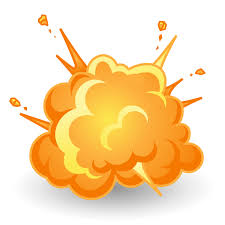 On September 5th, 2021 at approximately 1:40 a.m., The Lassen County Sheriff’s Office responded to a report of an explosion on Diamond Crest Road in Susanville. Officers from the California Highway Patrol were able to hear the explosion from their office and immediately responded.

CHP located the residence where the explosion occurred. Deputies arrived to investigate along with a Cal-Fire Prevention Officer. The explosion caused a wall of the residence to be blown into the neighbor’s tree. The residents were home sleeping in another area of the house and did not know the cause of the explosion. There were no reported injuries from the explosion.

The cause of the explosion is under investigation and anyone with information is encouraged to call the Lassen County Sheriff’s Office at (530) 257-6121.

If you enjoy the off road trails on your... Read More.
Wednesday, January 19

The Lassen County Board of Supervisors have issued a... Read More.
Wednesday, January 19

This Month May Turn Out to be Driest January on Record

January is on track to be the driest January... Read More.
Previous Next