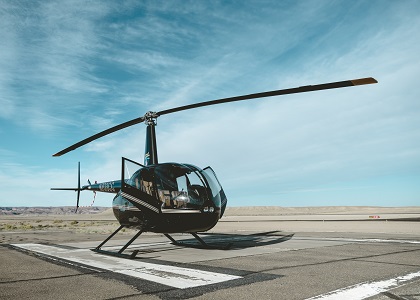 An abandoned helicopter may lead to what the City of Susanville has been in desperate need of, economic growth. Bob Tyndall, who sits on the airport commission board, says the Enstrom F28C copter left behind by the former mountain life flight service in hangar three at the airport off US 395 has a buyer.

Several years ago, Tyndall, with the help of the City’s public works department, began to restore two hangars left behind by the company along with their contents, which included the helicopter. Since then, the City has been able to rent out hangar four and generate funds, but hangar three needs plumbing and electrical work. Though six months ago, Tyndall made progress and presented to the City that a buyer was interested in renting hangar three and buying the helicopter to start a flight school. Even with a check in hand for the purchase, the City stalled on providing an answer until recently when the City’s legal counsel said the sale has to go to bid. Now the risk of losing the buyer looms, and the potential to sell the copter for much less.

For now, the City is on hold for the sale of the helicopter until an auction is scheduled.