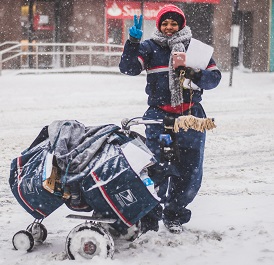 United States Postal Service managers faced congress this past week just ahead of the holiday rush, and despite setbacks, say they are prepared. Yet Post Master General Louis DeJoy announced the USPS had reduced its anticipated seasonal hire goal by 30%. To keep up with high demands, over 20,000 postal workers are needed. Like much of the country, they are finding people to work is difficult. Managers and postmasters testified to this at the congressional hearing; warning hiring won’t be easy.

Additionally, the USPS says they have been unable to meet their warehouse rentals needs this season, acquiring only half of what is needed. Though Gregory White, Executive Manager of strategic services says the postal service is poised for success. Despite the reported shortfalls, the USPS says they always find a way to deliver, so this holiday season, expect nighttime deliveries and long lines at post offices and mail your packages early.