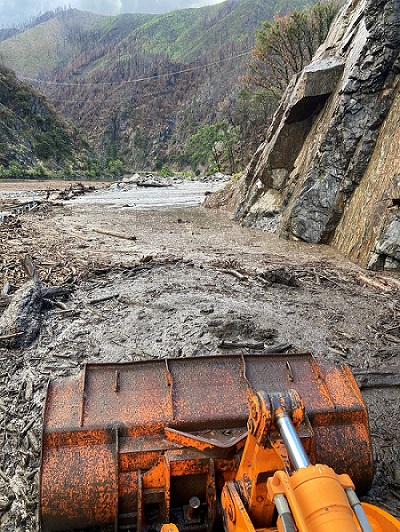 Thunderstorm wreaks havoc along the Feather River Canyon and prompts flash flood warnings in Lassen and Plumas County along the Dixie Fire burn scar. With a heavy downpour from a passing storm, yesterday for a third time HWY 70 was washed out by mudslides and debris in multiple locations. Drivers along HWY 70 had to call for Plumas Search and Rescue as slides trapped the vehicles along the route near Rock creek. SAR was able to escort them to safety. State Route 70 remains closed from Jarbo Gap to the Greenville wye this morning, there is no estimated time of re-opening. Hwy 70 was not alone, Hwy 36 near Child’s Meadow was also closed for a period of time due to a slide, yet Caltrans District 2 was able to clear the roadway. It was predicted that over an inch of rain fell during the passing storm and  fire-damaged steep terrain of the canyon and burn scar areas will remain prone to slide activity.

HWY 70 Re-Opens Through the Canyon