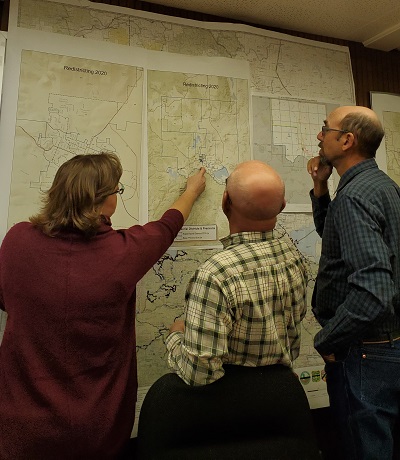 Tight timelines lead to rushed decisions for Plumas, Lassen, and Sierra counties redistricting process. All three counties have met opposition to the proposed maps presented to each board of supervisors. With census data finally being released from the Census Department at the very end of September has left clerk recorder’s offices a window of merely two months to get supervisors and the public input before submitting final maps to the state. If not submitted on time each counties district’s boundaries would lie in the hands of the courts with no consideration to local needs. So far Lassen County has decided to move forward with drawing up state documents based on one map yet two supervisors oppose the change to their districts and have one final opportunity to oppose the map. Sierra County and Plumas county are holding one final meeting to blend two favored maps together at their next board meetings to be held on the 7th of December. Plumas county District 5 Supervisor and Chairman Jeff Engel calls the conflict a waste of time, saying “these are merely lines, nothing but little pawns on a chess game. To me, we represent everyone in Plumas County.” Each districts final deadline to submit their adopted district map is December 15th.