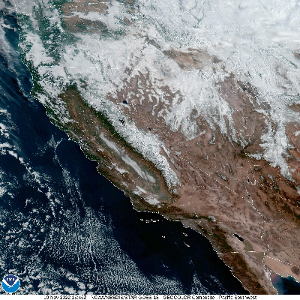 2023 is starting with the storm door wide open as consecutive storms bring heavy precipitation to the state.

January and February of 2022 was the driest start to the year on record, following a strong start the December before. Though the welcomed wet weather still has much more to produce before the state’s drought status can be downgraded.

Thus far from the start of the Water year on October 1st, The Bateson Observatory in Susanville is reporting the area has received ten inches of water, that’s over 100% of average, with December alone producing nearly 8 inches of that content. Yet, at the UC Berkley snow lab at soda springs, scientists say “an extra winter’s worth of precipitation” is needed to have any impact on the drought. The average snow received in the lab season is 30 feet. An extra season’s worth would mean 60 feet in one year. That likely won’t happen in one year, but rather 3 to 4 above-average years to get out of the drought.

For now, prepare for more wet weather; starting tomorrow, the Reno national weather service has issued another Winter Storm warning through Friday morning. You can expect heavy snow that will create very difficult driving conditions, with over 4 inches falling Wednesday into Thursday in Susanville. Strong winds are also expected with this storm be prepared for possible power outages from damaged trees.

2nd Storm Moves in Overnight, a Colder 3rd Storm on the way for New Years Weekend