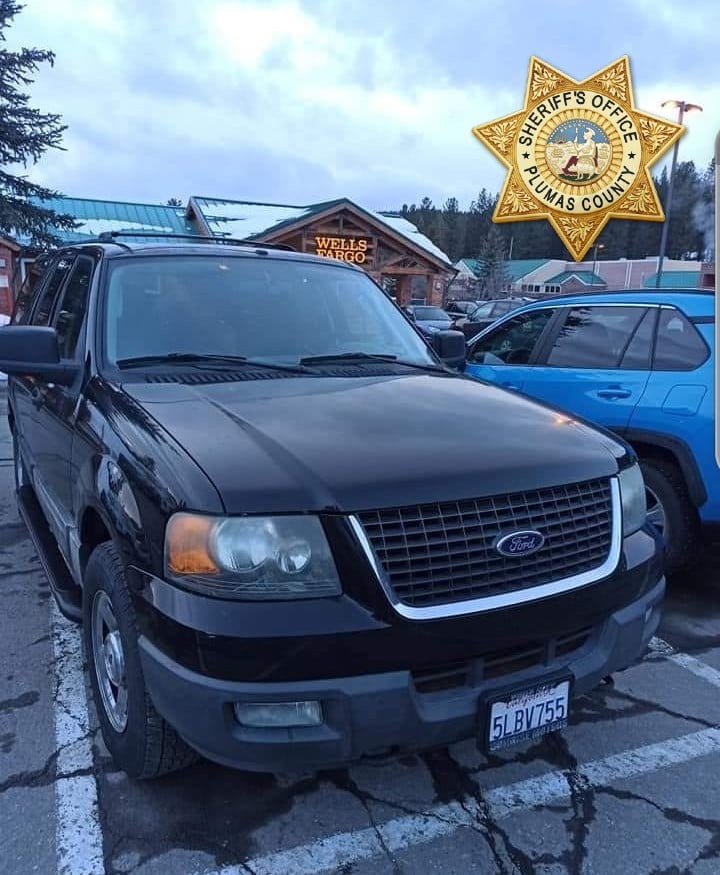 The stolen black Ford SUV out of Portola gets recovered after being crashed into a snow bank in Tehema County. Jacob Charles Worrell, a 45 year old man from Garberville, stole the vehicle while the owner was having their taxes done. Worrell drove the SUV down hwy 36 when for unknown reasons he struck the side of the road causing damage to the Ford, where it then came to rest in the snow berm. Alcohol was suspected as a factor once officers arrived. Worrell was booked into the Tehama County Jail for vehicle theft and driving under the influence.