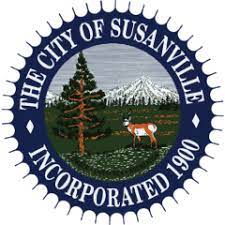 The City of Susanville is still waiting to hear from you. As election year activities are underway already in these first two weeks of 2022, the city wants to know how you feel about a sales tax increase. The survey takes only a few minutes, but it addresses why you may or may not support a local sales tax as well as how you would rank government services from most to least important. The city is asking to what extent you would accept an increased sales tax as well, starting at a half per cent to a full one per cent. Currently the city’s sales tax is at 7.25% and if you shop in Reno the sales tax is higher at 8.27%. Even with a full one percent increase Susanville’s sales tax would fall just shy of the neighboring county. Yet those that show opposition to the sales tax argue increasing taxes on the people to solve a problem with the city budget should not be the solution. Though the measure will be accompanied by an advisory measure that will provide advice to the Susanville City Council regarding how to spend the tax revenue if the ballot measure passes. You can find the survey at the City of Susanville Administration Facebook page.