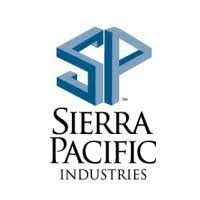 Sierra Pacific Industries will build a new seedling nursery in the north state to help replant the devastated forests burned over the past few years by wildfire. A 3 million dollar grant will help the private timber company build the facility in Gazelle, just outside Mount Shasta. Within four years, the nursery is projected to produce around 25 million seedlings annually, employ ten full-time staff and offer seasonal work to over 100 workers.

CalFire, along with the Forest Service, has stated current nursery capacities have not been able to keep up with the damage done to the forests and was a point driven home during the Four county meeting held at the Lassen county fairgrounds at Jensen Hall this summer. Regional forester Jennifer Eberlein and SPI representatives told the supervisor that the forest floor has a plethora of cones for harvesting the seeds but lacks staff and space to grow. This new nursery in Gazelle will be in addition to the expansion of the Placer County nursery afforded by 1 million in funds from the Arbor Foundation.

The new SPI facility will cost roughly 10 million to build, yet with the CA Department of Forestry and Fire Protection grant, SPI will be able to begin construction sooner.