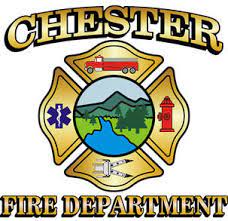 You will have a chance to attend a meeting scheduleed for the temporary shutdown of the Chester Fire Department as a result of liability insurance loss this Tuesday. The Chester Public Utility District is holding a special board meeting to address the issue. The meeting is to begin at 3pm into a closed session, yet you may attend around 5 when the meeting is expected to open. At this time you will hear updates on the issue. If you are not able to attend, the district plans to post information Wednesday morning. This past Thursday is when the general manager of the utility district Adam Cox, announced Chester Fire’s temporary suspension of fire response or emergency medical calls as the department was lacking in liability insurance. Since the coverage had lapsed, the department was putting the district and the public at legal risk. New insurance is being sought yet the district has had difficulty finding companies willing to underwrite the liability insurance, due to “numerous recent legal claims and settlements.” Emergency medical is being provided by the Peninsula Fire District, with fire coverage provided by surrounding districts and CalFire.