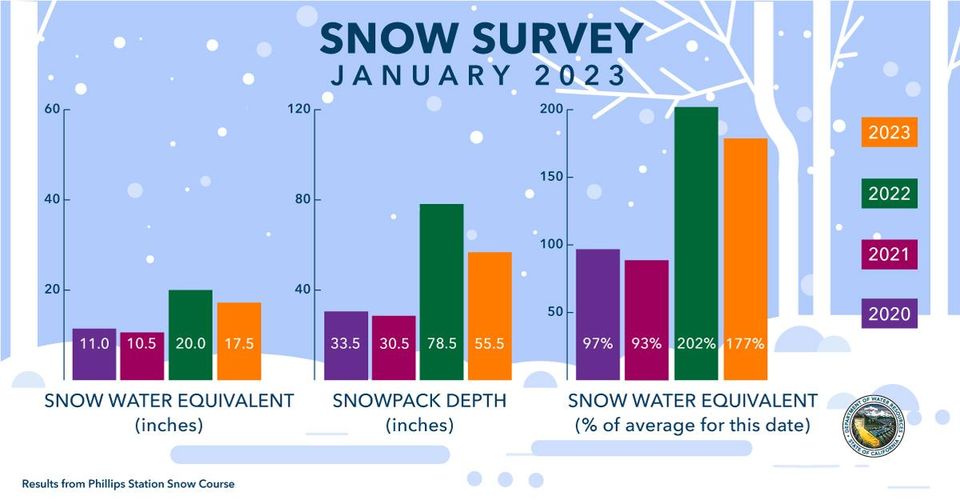 If you have travel plans, today is your best window; the national weather service says today there will be a slight break in the storms before another atmospheric river brings heavy rain and snowfall to the region.

Localized flooding and debris flows continue to be a threat, be vigilant when driving through the Dixie fire burn scar. Highway 70 through the Feather River Canyon fell victim to the debris flowing off the scar, shutting down the highway for several hours yesterday afternoon. However, Caltrans was able to reopen 70 through the Greenville Wye to Jarbo Gap. The next storm will arrive tomorrow with light snow showers before the next stronger, and warmer atmospheric river arrives.

A first look into this year’s snowpack by the department of water resources revealed promising news about the state’s current water status with a word of added caution. DWR Sean de Guzman from the survey said this has been the best start in the past 40 years, though no single storm will end the drought and that consecutive storms for several months bringing above-average rains, snow, and runoffs are needed to bolster the state’s reservoirs. The department’s survey indicates the snow water content for the year is less than last year but still remains at 177% of the average for this date, while the state’s reservoir totals largely remain at half or below capacity.

Rainy Start to the Week, With More on the Way