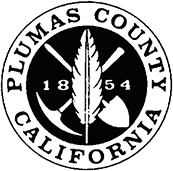 Claims of fiscal mismanagement are being felt throughout Plumas county. Not only has the sheriff’s department been unable to increase wages for officers and its dispatch, causing the department to have 12 open vacancies and more set to leave due to the long hours and little pay, but the county is also operating with one ambulance on loan. At the same time, two continue to be out for service. Sheriff Johns expressed his disbelief at the Lake Almanor Chamber of Commerce Town Hall, saying in his 31 years in law enforcement, would he believe he would be telling county residents about the situation they are facing and that he only expects it to get worse.

A lack of funding to replace aging equipment has also left the county without snow removal services. Tom McGowan, District 3 Supervisor for Plumas, says that the county is aware of its situation, stressing that the board is working to resolve its dire situation.