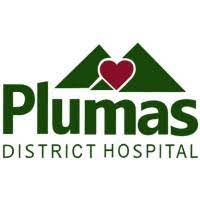 Frequent and long power outages caused by extreme weather puts a strain on emergency power systems. Plumas District Hospital is not alone in experiencing this failure. The California Department of Health Care Access and Information has seen a common thread in facilities emergency generators failing due to fluctuating environmental extremes that cause excessive stress on the systems. PDH lost power along with everyone else on PG&E during the heavy snowfall this week. Yet their backup generator also failed. The hospitals technicians said the failure was caused by a damaged water pump. Regular testing and maintenance is conducted weekly, yet the said water pump was cleared in good condition just last week. Yet the hospital’s chief operating officer, Darren Beatty, said the generator is nearing the end of its useful life. The CA Dept of Health Care Access and Information is assisting in expediting the addition of a replacement generator system that includes built in redundancy with multiple generators to give emergency power to the hospital. Electrical contractors have already been contacted to begin the process that is of the upmost priority to the hospital.