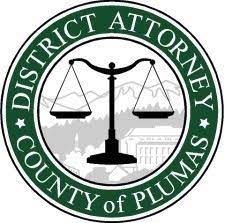 By next week the Plumas District Attorney’s office will be down to one prosecutor for the entire county, District Attorney David Hollister himself. Hollister says his office receives an average of nearly 1,000 cases per year, with over 800 prosecuted, and an average of 6,500 court appearances per year. To process that load 5 prosecutors are needed. The county is currently funded for three. But for the first time in Plumas county history not one applicant has applied for the vacancies. Hollister at a candidate forum for the upcoming primary said he is worried about the stress it is going to place on his office, other agencies, himself, and the community. Currently the county is placing a band aid on the situation with a prosecutor on loan from a larger office for one week out of the month to specifically help during times when they will be needed in more than one court at the same time. Hollister is an uncontested candidate for the county’s district attorney, where he has served for the past 12 years.