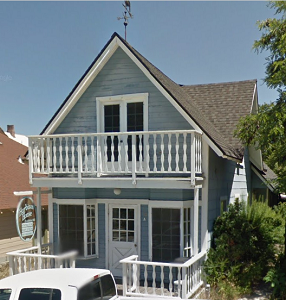 An ongoing battle between the Plumas county planning department and a local property owner will come to a head over the zoning administrator’s decision during a special meeting of the Plumas county board of supervisors. A special use permit was denied to turn the Harbison house in Quincy into a two-unit apartment.

The decision came down on October 12th as staff reports say no historical proof that the building was used as a two-unit dwelling was provided, as required by the county code. Despite evidence presented by the owner, who bought the place over a decade ago, showing proof that the house was used as a home as far back as the early 1900s and as recently as 2005 was used as a two-unit home. The planning department’s response says despite the evidence, the zoning where the house sits was changed to commercial use in 1985, the time when it was used as a two-unit home was done out of compliance with county code. The owner argues that surrounding properties are residential in construction, and the uses are the same. Also adding, the county has an acute housing shortage, necessitating the conversion.

The Harbison house currently serves as a single-unit apartment on the 2nd floor and has a law office occupying the 1st. The owner has only two limited choices unless the board of supervisors grants the appeal.

The Public hearing has been set for Tuesday, November 29th, at 10 am in the Quincy courthouse.