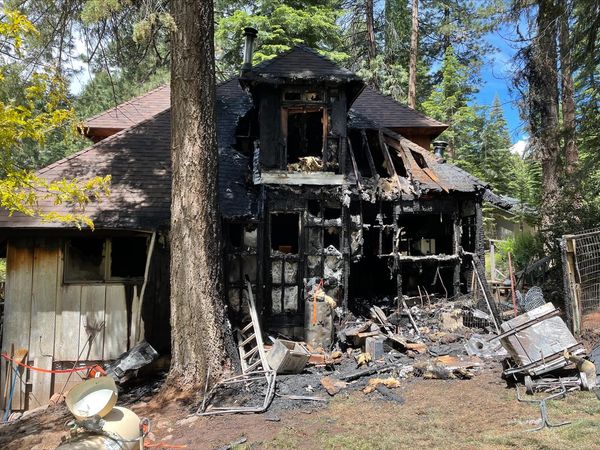 A home that survived the Dixie fire in the Lake Almanor area falls victim to fire. Saturday morning a two-story home on Pine Canyon Road in the peninsula community sustained major damage after fire crews were called out to the home after it had already been halfway consumed by fire. Firefighters from Peninsula Fire Protection District, Hamilton Branch Fire, Lake Almanor West, and, CAL FIRE Lassen-Modoc Unit arrived at the scene within two minutes of the call to find the destruction. The fire crew was able to knock down the flames and keep it contained to just the home and prevent the fire from spreading into the community or nearby vegetation. No one was injured in the incident.