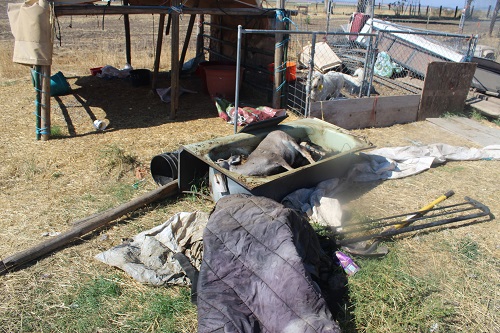 Over 100 animals have been seized by the Lassen County sheriff’s office from North County.

In the course of 14 hours, deputies, with the help of veterinarians, public works, CDFW, and Susanville Towing, helped save the lives of 115 animals from a home in Adin. , Deputy Michael “Chance” Loflin on Sunday responded to a report of a dog-biting incident and, as LC Sheriff Dean Growdon said, recognized signs of neglect among several other animals on the property along with other dead animals.

A search warrant allowed a team to return to the property on Monday in a coordinated effort to collect the animals and investigate. The sheriff’s office found several squatters living in travel trailers who were determined to have committed animal cruelty and neglect. Deputies questioned 39-year-old Jessica Wick, 36-year-old Christian Corwin, 18-year-olds James Joint, and Brooke Dibrell, all from Adin.

A search of the property found a large 4-foot-deep pile of dead animals on the property in varying stages of decomposition, along with animals housed inhumanely, with little to no food or water available. In a more horrendous act, The investigation found that the animals were being fed various rotting carcasses.

Deputies and Veterinarians gave each animal health inspection on site. Once found healthy enough for transport, the animals were brought out of the area and housed appropriately.

Growdon said the four found on the property and the owners of these animals have yet to be arrested due to complications in the type of case. Yet, it has been referred to the District Attorney’s office, which will determine the factors of the case after reviewing all veterinary and criminal reports. Once completed, the DA can file appropriate charges against the owners and issue an arrest warrant. 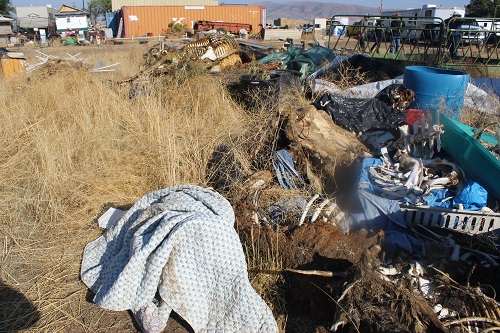 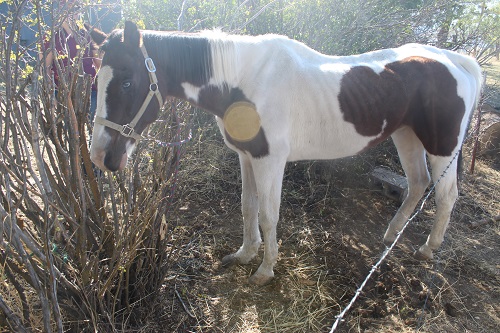 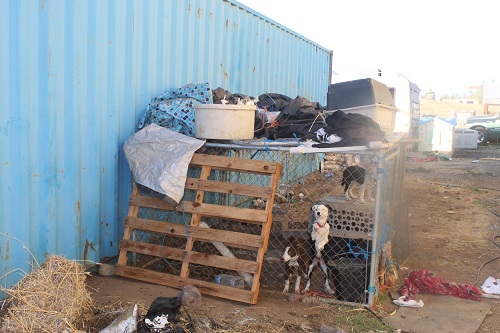 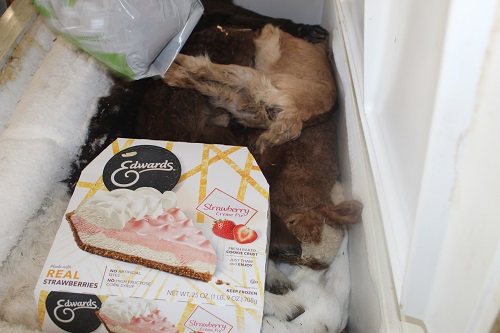