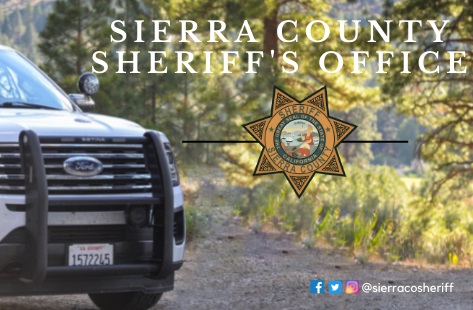 Sierra County, Sheriff’s Office, makes a stop on a motorhome in Loyalton that leads to the arrest of a felon in possession of firearms.

Sheriff deputies came upon the motorhome late Thursday evening and noticed the vehicle had fake license plate tabs. Deputies ID’d the driver as Gary Haren, known to local law enforcement as a convicted felon. Through a search on Haren, deputies found a switchblade knife and brass knuckles and placed him under arrest. Inside his motorhome, they located a .22 caliber rifle and ammunition. As a felon, Haren is prohibited from possessing these items and has been transported to the Nevada County Jail in Nevada City. Haren remains in jail with a $100,000 bail.

Haren was previously convicted of forging counterfeit bills from his home in Portola in 2014, according to criminal case updates published in the Portola Recorder from DA Hollister.