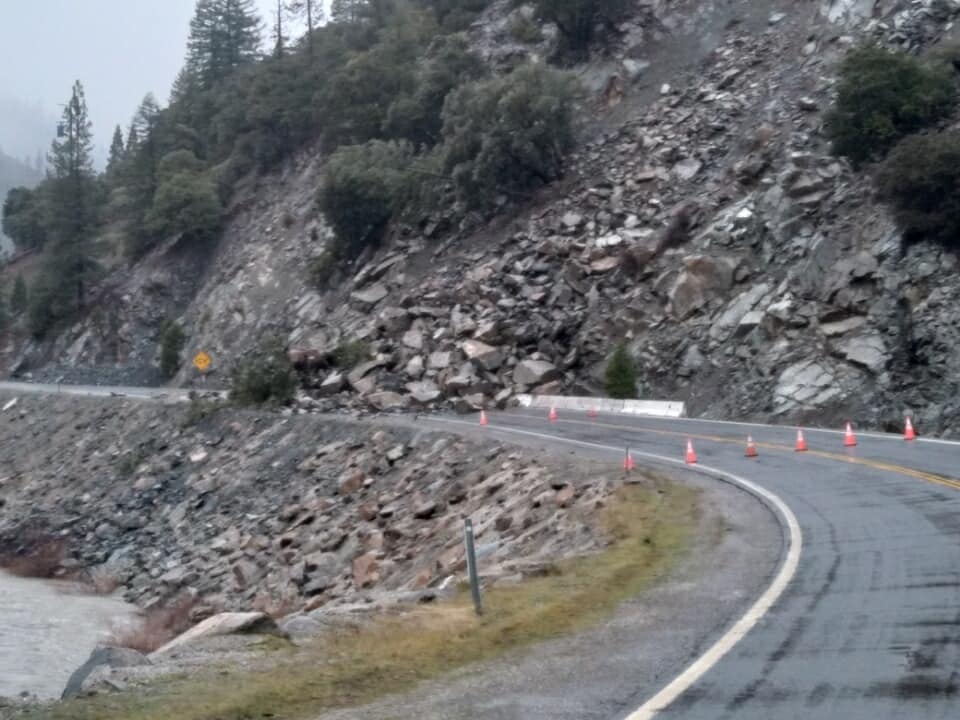 A slick start to your morning, though, with schools and many offices closed for the MLK holiday, not many cars will be on the roads impacting your commute. Overnight snow has dusted the streets of Susanville and the mountain highways; light snow is expected to continue into the first half of the day.

Here are a few cumulative snowfall totals across the Sierras so far. The UC Berkeley snow lab reports that over the last 24 hrs, about another 2 feet of snow has been added, bringing the previous 7-day snowfall total to over 90 inches. With that, the snow water equivalent for the water season thus far is not at 92%. As you saw with the latest drought monitor report, the state has already improved by one severity level with the amount of water received through these storms.

Locally Coppervale, along hwy 36, is reporting an 8 in storm totals as of yesterday morning.

The heavy precipitation has also resulted in another slide on State Route 70 within the closure. That is between the Greenville wye and Jarbo gap. This slide, and others in the area, remain active across the burn scar. There is no estimated time of reopening. The slide at the hwy 89 and 147 junction also remain active. You can continue to see the highway reduced to one lane through the area. There are no alternative routes around. Highway 49 from the 89 junction is also closed to through traffic due to slides. Caltrans will reevaluate the road conditions this morning. Additionally, the slide has caused over 200 homes to lose power in the area.

Around Gold, Lake PG&E says power is expected to be back on around eight this evening, and just south of Blairsden, the company says there is currently no estimated time of when your lights will be back on at this time.