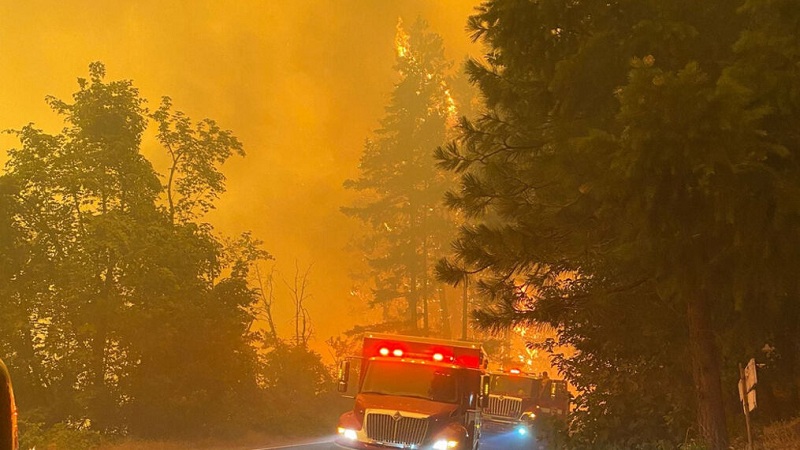 (Washington, D.C.) – Today, the Federal Emergency Management Agency (FEMA) announced it would be sending notices to individuals in Plumas, Lassen, Tehama, Shasta, and Butte counties, and who registered for federal disaster assistance for losses incurred by the Dixie Fire, to inform them that claims made to the PG&E settlement for the Dixie Fire could be considered duplication of benefits. Under FEMA’s guidelines, federal disaster aid received by victims may be considered an overpayment if the victims received additional monetary assistance for the same reason, such as in the case of PG&E’s compensation of disaster losses to Dixie Fire victims. If a duplication of benefits is found, FEMA will require victims to return the funds.
Congressman Doug LaMalfa (R – Calif.) and the Transportation and Infrastructure Committee Ranking Member Sam Graves (R – Mo.) introduced H.R. 539, the Preventing Disaster Revictimization Act, last year to waive repayments on federal disaster assistance mistakenly awarded to victims who applied for assistance in good faith, but no fraud was committed. This bill was passed in the U.S. House of Representatives on June 15, 2021, and was passed through the Senate Committee on Homeland Security and Governmental Affairs on May 3, 2022. It awaits final passage in the Senate before it can be signed into law.

“Those applying for federal disaster assistance in good faith shouldn’t be retroactively punished the same way we go after criminals who purposefully commit fraud. Seizing the money victims were awarded to help them rebuild their lives will only revictimize them all over again. I am proud to have introduced the Preventing Disaster Revictimization Act to stop this grave injustice, and we urge the Senate to swiftly pass it and send it to President Biden to be signed it into law immediately,” said Congressman LaMalfa.
“In the wake of a devastating natural disaster, FEMA aid recipients deserve to be confident that the assistance they used in good faith to get back on their feet won’t be suddenly revoked, absent any fraud or misrepresentation on their part,” said Transportation and Infrastructure Committee Republican Leader Sam Graves. “While the funds granted in these cases may be relatively small compared to the size of the overall federal budget, they can play a major role in the lives of many Americans. Congressman LaMalfa and I introduced the Preventing Disaster Revictimization Act to address this exact issue and ensure disaster victims aren’t unfairly revictimized by the very agency tasked with aiding their path to recovery.”